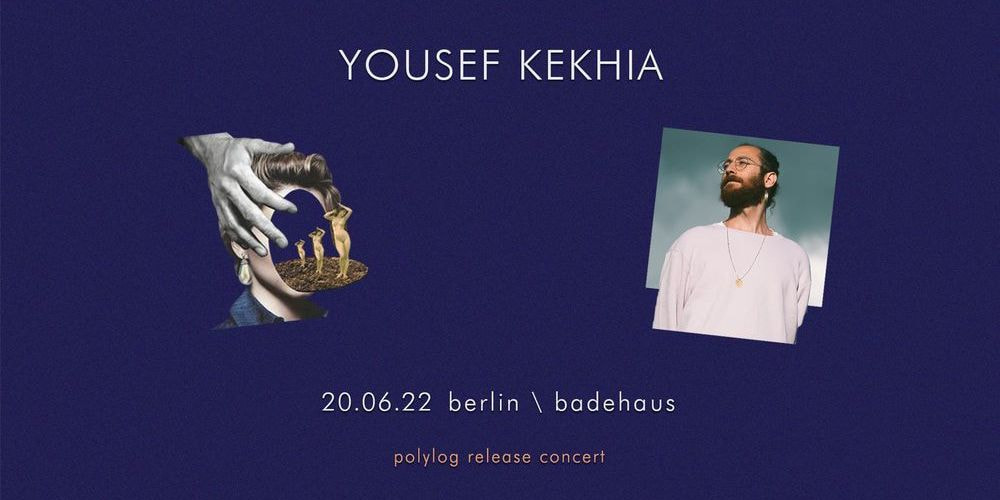 Tickets from december 2021 are still valid for this new date!

The event will respect 2G+ regulations.

To celebrate the release of his new LP "Polylog" Syrian artist Yousef Kekhia invites old friends and new lovers of his unique Arabic songwriting to Badehaus to feel, listen and dance to his brand new live show.

Two years after “Monologue”, Berlin-based musician Yousef Kekhia is releasing his sophomore record “Polylog”, a fitting successor to his moving debut. While “Monologue” appeared as a hypnotic soliloquy, impressing listeners particularly because of its focus inwards, “Polylog” opens up to the world, inviting it in and making a diversity of perspectives, experiences and concepts of life visible through its polyphonic nature. By now, Syrian-born Kekhia has not only arrived in Berlin, but also built his artistic and personal home in the city. Where “Monologue” stared into the abyss, “Polylog” turns towards the sun, yet never without that certain pinch of melancholy characterizing both Yousef Kekhia’s songwriting and the lyrical traditions of the Arabic language. “Polylog” is also a sonic manifesto of personal development: “I felt free to find myself as a feminist and break barriers in my head”, Kekhia says, describing the past months but also his work for “Polylog”. The album is something akin to the manifestation of a new expression of masculinity, a gender identity striving for a more equal, better world and future: “‘Polylog’ is about how feminism affected my life as a man in this man dominated world, coming from a male dominant culture as well. It taught me a lot and made me much more feminist than I thought I could ever be.” “Polylog” is not yet another album with songs about love, Kekhia’s lyrics deal with the consequences and effects various relationships have had on him: “‘Polylog’ is the effect and the burst of a true honest exchange between different people from different cultural backgrounds. It is about the magic stories which are written into relationships, every encounter and exchange is like a little fairytale in my mind.”

Kekhia transports this message lyrically as well as sonically: the songs on “Polylog” are simultaneously vulnerable, confident and powerful. And they radiate this very specific warmth that can only come from acoustic elements which Kekhia combines with his emotional and truly borderless sound involving elements of electronic music and folk.