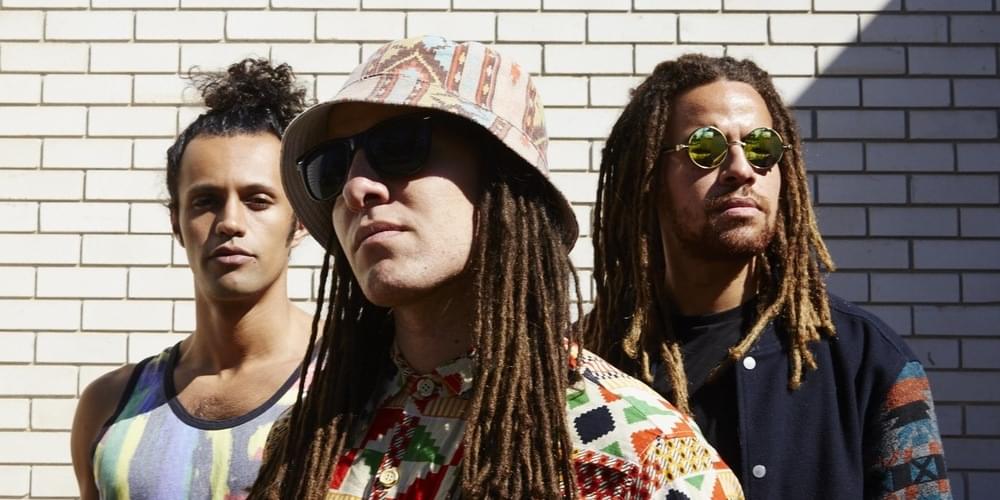 It’s been a crazy ride since Sydney hip hop/producer/horn trio True Vibenation put out their second album ‘ON’. They hit the touring circuit hard, selling out their Sydney launch and playing to packed venues across Australia. Word quickly spread and it wasn’t long before they were on the plane to Africa for their first international tour, playing in front of thousands with main stage festival appearances and selling our their first international headline show in Maputo.

Made up of twins * VULI* and Moody and childhood friend Klue, the inner-west Sydney trio have developed a strong following thanks to a live show which revels in making you dance in a semi ?special?, unselfconscious way and songs that combine infectious hooks and razor sharp raps with roaring horns and genre-bending electronic beats. They even have a self- made instrument that literally turns audience members into human drum machines!

It is rare to leave a True Vibes live show without being converted by their infectious energy and with hundreds of shows under their belts, festival slots at Sydney Festival, Future Music, Secret Garden, Subsonic and Small World their fan base is only set to continue to grow exponentially.
Verfügbare Versandarten Verfügbare Zahlarten
Anbieter/VeranstalterSzimpla GmbH
Gärtnerstr. 15
10245 Berlin
http://www.badehaus-berlin.com